What are you looking for?

Official Distributor of Charlotte's Web --- Free shipping on orders over £75

CBD is short for cannabidiol, it is a critical phytocannabinoid found in hemp known for supporting the body and mind in many ways. It is not to be confused with oil from hemp seeds which does not contain cannabinoids.

CBD does not come from marijuana, it comes from hemp plants. Hemp and marijuana are effectively the same plant from a botanical standpoint, however legislation means that by definition, hemp contains no more than 0.2% THC (Tetrahydrocannabinol) in the UK at present, the psychoactive compound found in higher concentrations in marijuana.

Hemp naturally has higher levels of CBD, a non-psychoactive compound known for helping human bodies maintain health and overall wellness and has no psychoactive effect.

There has been an almost exponential growth in the number of different CBD oils and hemp extract products available in the market place, purely as a result of people seeing positive effects in their health and wellbeing after using this health supplement in the daily dietary routine.

The best quality CBD oil products are derived from whole hemp plant extract with a full spectrum cannabinoid content with other cannabinoids and beneficial plant compounds like terpenes and flavonoids. It is believed that using whole plant maximises benefits derived throughout the body and supplies additional wellness components.

How does CBD work?

Decades of research have shown phy-tocannabinoids (CBD) to be a potent aid in supporting overall wellbeing in human bodies, achieved when CBD enhances the Endocannabinoid System (ECS).

What is the Endocannabinoid System (ECS)

The ECS was discovered in the 1990s and is thought to be one of the most vital and vast receptor systems for sustaining good health and has been recognised as an important modulatory system in the function of brain, endocrine and the immune tissues. 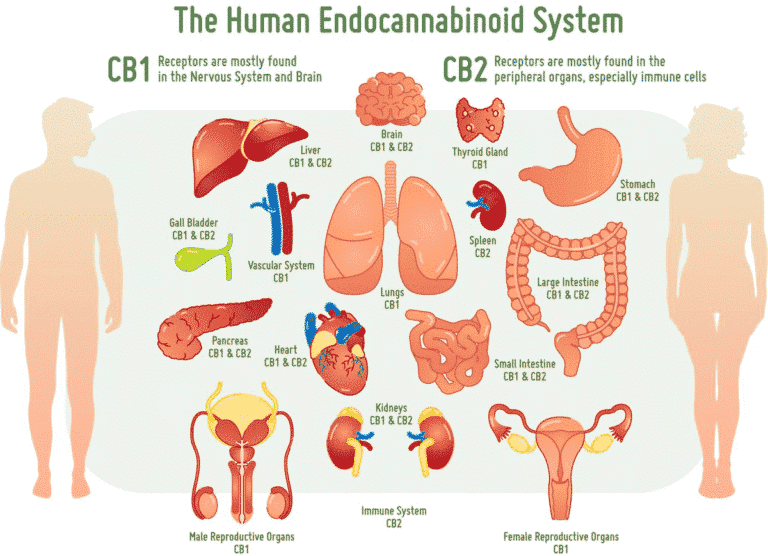 Recent science has found that the ECS does not only respond to Endogenous cannabinoids produced in the body, but also responds to external Phyto-cannabinoids or CBD as a means of enhancing the bodies ECS function.

Within the ECS there are receptors CB1 and CB2, located throughout the body. These neurons are a sort of lock, with cannabinoids acting as the key.

CB1 receptors exist in high numbers in the brain, especially in the Hypothalamus, Hippocampus and Amygdala.

CB2 receptors occur most commonly in the spleen, tonsils, thymus and the immune cells. The endocannabinoid system plays an import role in homeostasis.

What to know before buying CBD

Traceability is an important factor to take into consideration when looking for a product to buy. The hemp plant which is renowned for cleaning soil, was used in the process of cleaning the contaminated soil around Chernobyl in 1986.

The results have been so remarkable that Japanese scientists considered using it as part of their clean up process for the Fukushima disaster, however, the difficulty obtaining hemp licenses prohibited them from using this miraculous plant.

Why mention this? It is important to remember that whey buying hemp products, they need to be responsibly grown and produced according to quality standards that ensure a clean and effective product for you as the consumer.

We rigorously vet our products to ensure that they meet GMP international quality standards and have an available Certificate of Analysis for testing.

There are a huge number of CBD products on the market, however brand transparency, testing and ingredient traceability are crucial to an effective and safe product.

Only products with certified laboratory testing are sold on Savage Cabbage, ensuring you can trust any product you see on our website

Before you buy a CBD product consider using the following checklist:

Is the manufacturer transparent? Is it easy to find out information about their manufacturing process, starting from the hemp raw materials used to created CBD products

Request batch testing Certificates of Analysis (COA) carried out by independent third party analysis, to make sure there are no traces of contaminants, toxins or heavy metals. This is incredibly important and any quality product will be able to provide a full gamut COA for your products.

What are terpenes and flavonoids?

While Terpenes and flavonoids are not cannabinoids they are compounds found in hemp and other plants. Terpenes are fragrant oils that bind to receptors in the human body and carry a variety of health benefits; flavonoids are groups of phytonutrients that serve as cell messengers with their own health promoting benefits. All the component parts working together produce what scientist have named the “Entourage effect”.

What is the Entourage effect and why is it important?

When researching the benefits of cannabinoids, or CBD and whole plant extracts, you may have seen mention of the “entourage effect” but what does that mean, and why is it important. The entourage effect is the results/effect produced from the synergistic interaction of the cannabinoids, flavonoids, terpenes and fatty acids naturally found in hemp. The entourage effect refers to the beneficial effect of all theses compounds working together as opposed to just one or two of these compounds working in isolation.

What dosage of CBD should I take

There is no ‘one size fits all’ for CBD dosages and the optimal dose for each individual consumer can depend on many factors, including CBD tolerance, body weight, exercise plan, age, the type of CBD product and its concentration. The method of finding your sweet spot is a personal journey, and we have put together the below guide to help you establish your required dosage for oil-based products. The general rule of thumb is to start low and slowly build up dosage as required.